Love in the escape room

Smaller and larger groups and families are constantly coming to us, but in recent times it has been noticed that there has been an increase in double bookings. As a game master, it is easy to spot which two-person team are those who are still at the beginning of their relationship and who are those who have been together for a longer time, who are more used to each other and know each other better. But the most interesting - and the easiest to spot, practically immediately - is always the first-date team! 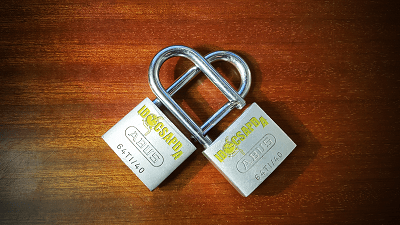 On one hand, it is honorable that two people choose us as a place to get to know each other, and on the other hand, if you think about it, it is quite an obvious choice: In the cinema, not much is revealed about the other, apart from the fact that - in the best case - you can sit in one place for 90 minutes; a conversational dinner is somewhat better, but in an active program such as the escape room, we can also gain an insight into our partner's way of thinking during joint task solutions in just 60 minutes. Not to mention that solving escape rooms, brain teasers, and logical tasks is already a point of common interest, which already means some extra bonding at the beginning of the relationship.

If we invite our prospective partner to an escape room for a first date and he nods, we can already know that we are somewhat on the same wavelength. ☺️

Of course, there have also been examples of someone asking for the hand of their loved one within the framework of our games. There can be a thousand reasons for this decision, which we have heard in most cases is also the most obvious: either the couple met in an escape room/in some cases they had their first date there, or during their relationship, solving escape rooms became a common passion, which it is also worthy of connecting their lives in the process.

The most exciting of such occasions are always those when the girl doesn't know what's going on and we, the game masters, have to hide the small ring box behind the last lock/cabinet/trapdoor in the room before the game... In such cases, choosing the perfect place can be a heavy responsibility. , but based on the feedback so far, we still managed to solve it.

The task may sound simple, but there are also cases that require extra care and thought: there was a time when the boy printed out their initial, dating and more recent romantic messages and divided them into 11 small short messages. We had to hide these in the room in such a way that the girl could find one after each solved sub-task, of course, preferably in chronological order, so that the nostalgic message flow starts from getting to know each other and culminates in the message hiding the Big Question from the girl.

The escape room proposal was at its peak when the proposal took place at the very end of a Triple Wizarding World Marathon, of course with the help of a ring hidden well in advance. After three and a half hours of intense, tiring task solving, fighting with basilisks and other horrors, there couldn't have been a more beautiful ending: the lady said YES!