THE STORY OF HARRY POTTER MOVIES

Harry Potter and the Philosopher's Stone (2001)

We meet Harry at the age of 11 as a neglected child who discovers that he is a wizard. His father James Potter fell victim to the evil black wizard Voldemort and Harry ended up in the "room under the stairs" in the Dursley family. The Dursley family does not look kindly on the process during which Harry discovers his special abilities and the letters from Roxford are not allowed to reach Harry. The problem of delivering the letter is finally solved by Hagrid, who later helps Harry get school supplies so that he can study at Hoxford. Traveling to Hogwarts, he makes friends with Hermonie and Ron. As the young people begin to learn about the wizarding world, they come across a description of the Philosopher's Stone in a book, they think that Snape wants to steal the stone for Voldemort, who is hiding in the forbidden grove and feeds on unicorn blood, when they search for the stone to protect it, they are faced with the fact that it is actually Professor Mógus tries to help Voldemort by stealing the Philosopher's Stone. Mugus and Voldemort could have gotten access to the Philosopher's Stone through Harry, but they failed, Professor Mugus dies, and Voldemort's spirit leaves Mugus' body.

Harry Potter and the Chamber of Secrets (2002) 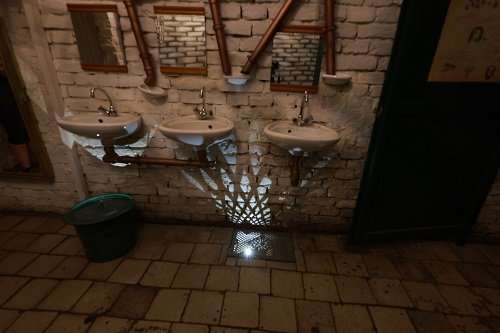 After the holiday, Harry manages to return to Hoxford again. Several unexpected events happen at the school: Friccs' cat, Mrs. Norris and Half Headless Nick and a student are found frozen to stone. Someone wrote in blood on the wall next to the first victim, "The Chamber of Secrets has been revealed! Tremble, you mudbloods!". The Hermiones suspect that Draco is behind the turning into stone, Hermione interrogates him disguised as a Slytherin student and realizes that he is not behind it. Hermoine is also frozen to stone, and the Harrys go to Aragog on Hargid's suggestion, who tells them that the basilisk living in the Chamber of Secrets turns the residents of Roxford to stone. Harry and Ron use Tom Denem's diary to find the Chamber of Secrets, Tom Denem turns out to be Voldemort's childhood self, who tries to kill Harry with the basilisk, but with the help of Harry Fawkes, he kills the basilisk and then the diary with the giant snake's poisonous fangs.

Harry Potter and the Prisoner of Azkaban (2004)

Harry begins to learn about his own family history, believing that his parents were betrayed by Sirius Black, who had just escaped from Azkaban. The fat lady disappears from the painting guarding the Griffendale clubroom, enters another painting and claims that Sirius Black tried to enter the school. Sirius is constantly being searched by dementors, they stop the train to Hoxford and constantly circle around the school. When Ron's rat runs away and tries to catch him, a huge black dog catches him and drags him into a tunnel under a willow tree. When Harry goes after Ron, he finds Sirius Black in the tunnel - Sirius is an animagus so he can turn into a dog. It turns out from Ron's rat that he is actually Peter Pettigrew, he and not Sirius betrayed Harry's parents, arranged his death and pretended that Sirius had killed him too. Of course, the Office of Magic wouldn't believe Sirius, so the Harrys escape Sirius by traveling back in time with the help of a device given to them by Dumbledore.

Harry Potter and the Goblet of Fire

Harry takes part in the Triwizard Cup, during the three-round competition three wizarding schools compete with each other, the first test is to get a golden egg that is protected by a 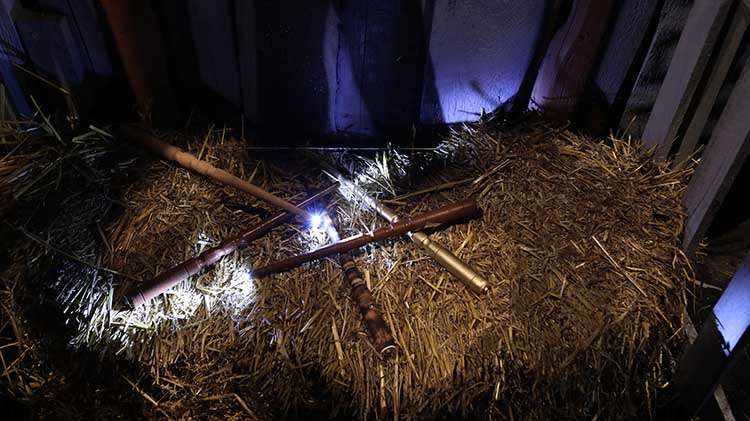 dragon, in one hour to find an important person at the bottom of the Hogwarts lake, who was taken there by the mermaids, to go through a monster-filled labyrinth to find the Trimagus Cup. In the final test, when the players find the cup, they find themselves in a cemetery, since the cup was actually a wrench, Wormtail and Voldemort appear in the cemetery, using Harry's blood, Wormtail creates a new body for Voldemort, so he has a physical body again. Professor Mordor, who mentored Harry throughout the competition, played to bring him to Voldemort, so that he could exist in a physical body again.

Harry Potter and the Order of the Phoenix (2007)

This time, Harry does not return to Hogsford as easily after the holiday as in the previous few years, because he used his wand again outside the wizarding world and was expelled from the school, but after a trial at the Supreme Wizarding Court, Harry is acquitted due to Dumbledore's persuasion. The Ministry of Magic doesn't believe Harry about Voldemort's return. Several Death Eaters are released from Azkaban, and they capture all the children except Harry and kill Sirius. Voldemort fails to kill Dumbledore, he tries through Harry's mind, but Harry manages to fend off the attack.

Harry potter and the half-blood prince

Voldemort is a bigger threat to the wizarding world. Harry and his friends start learning the potions taught by Lumpsluck from textbooks used by them. Harry's book used to belong to a certain Half-Blood Prince, who has appeared in many places he made the book that would easily make Harry a potions master. Dumbledore assigns Harry to extract some information from Lumpsluck that he is hiding about Tom Denem, Harry succeeds in this and it turns out that Tom Denem has made horcruxes - objects that contain a piece of his soul, so he can only be killed if the objects are also destroyed . Draco was given the task of killing Dumbledore by Voldemort, which he was unable to do, so Snape killed Dumbledore instead. Harry tries to curse Snape, but it doesn't work, it turns out that the Half-Blood Prince is Ption. The Harrys then set about destroying the Horcruxes.

Harry Potter and the Deathly Hallows 1.

Voldemort's Death Eaters are integrated into the Ministry of Magic and begin to persecute Muggles. The Order of the Phoenix rescues Harry from the Dunsleys, where he could easily become a victim of Death Eaters, while the Voldemorts attack him on the fleeing party, but since Harry and Voldemort's wands share the same core, Voldemort cannot destroy it. As Harry and his friends continue to destroy the Horcruxes, they are captured by the Death Eaters, from which Tobi frees them.

Harry Potter and the Deathly Hallows 2.

Voldemort is getting stronger, he has taken the Ministry of Magic completely under his control, he discovers that the Harrys have discovered the Horcruxes and accidentally reveals that there is one last one in Hoxford. The Order of the Phoenix and Dumbledore's Army defend the school against the Death Eaters. The final battle between Harry and Voldemort begins in the Forbidden Grove, at which point Harry already knows that he is the last horcrux - he lets Voldemort cast a deadly spell on him and he collapses, but does not die, the horcrux inside him is simply destroyed. Harry pretends to be dead, and later fights the Dark Lord again at school, who is finally killed by his own killing curse.